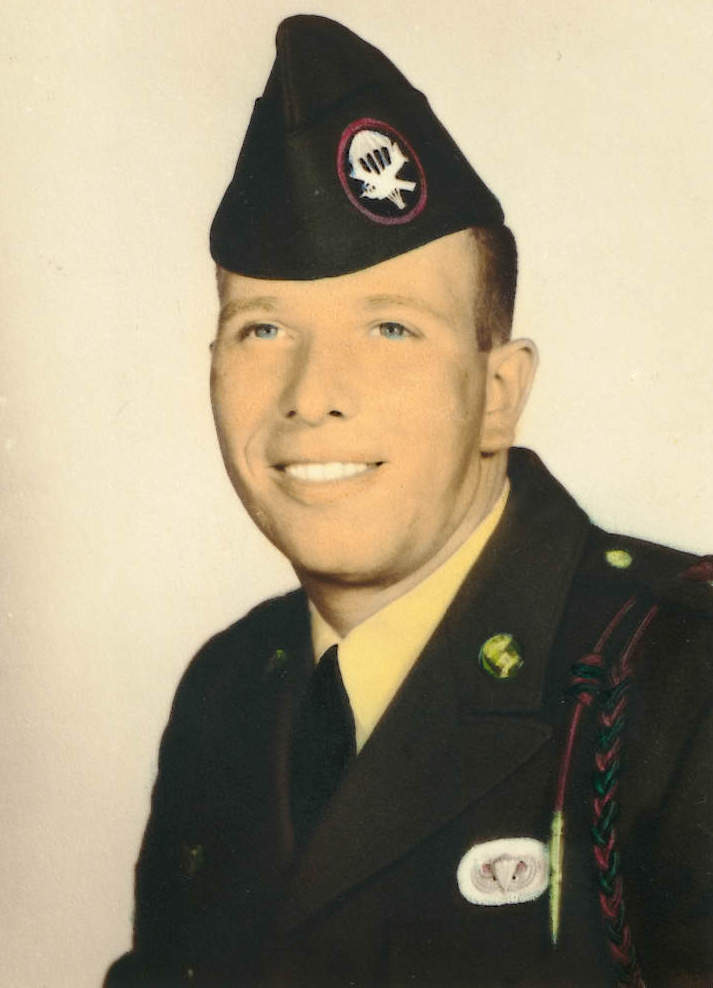 NORMAN, George W., 81, of Springfield, passed away Thursday, June 11, 2020 in his home. He was born June 9, 1939 in Springfield, Ohio the son of Benjamin F., Sr. and Elsie M. (Brown) Norman. George was a United States Army veteran having served in Vietnam. He spent 6 years in the US Army in the 82nd Airborne Special Forces Division where he made 60 parachute jumps in his first three years and many others after that. He was awarded the Army Commendation Medal which is awarded for acts of heroism and meritorious service. After his time in the Army he joined the Ohio Army National Guard where he retired as a 1st Sergeant after 21 years. George was a lifelong member of the 82nd Airborne Matthew B. Ridgeway Association, a lifelong member of VFW #1031 and was a member of the American Legion, Am Vets and the Union Club. Survivors include his wife of over 55 years, Brenda (Barcafer); two children and spouses, Lori & Eric Converset, Springfield and Brad Norman & Christi Snyder-Stone, Washington Court House; two grandchildren, Kaleb R. Norman and Jace A. Converset; two sisters, Marjorie Roberts and Dorothy "Susie" Huff and several nieces and nephews. He was preceded in death by his parents and eleven brothers and sisters. A Memorial Service will be held at a later date.
To order memorial trees or send flowers to the family in memory of George W. Norman, please visit our flower store.