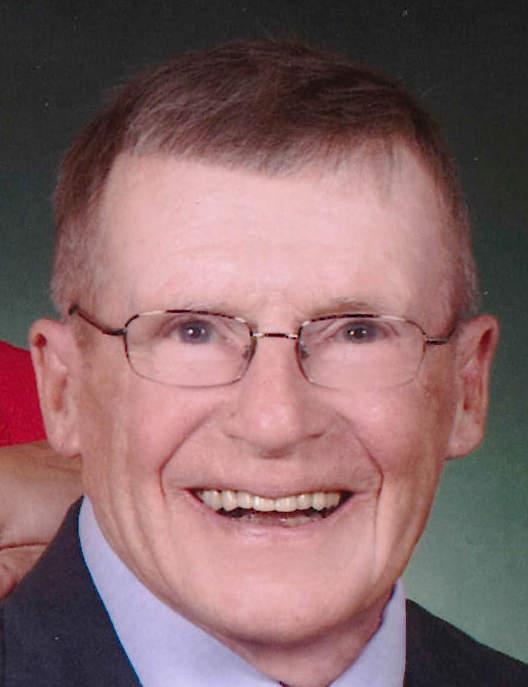 McLean, Frank P., 82, passed away on Saturday, January 11, 2020 at 5:53 p.m. in his home with his family at his side. He was born May 23, 1937 in Springfield, the son of Clarence and Marie (Dugan) McLean. He was a 1956 graduate of Catholic Central and served as a Medical Corpsman in the U.S. Navy. Frank was the first male graduate of Community Hospital School of Nursing in 1964, and a graduate of University of Michigan School of Anesthesia. He retired after 25 years as Chief Nurse Anesthetist at Mercy Medical Center in 1996. He volunteered for many years with Box 27, St. Vincent de Paul Food Pantry and the Springfield Soup Kitchen. Survivors include his wife of 54 years, Joan (Baidel); daughter, Maria (Doug) Havens of Springfield; three grandchildren, Sydney (Jordan) Goodfellow, Cassidy & Jacob Havens; son, Chris McLean of Denver, Colorado; brother, Patrick (Kathy) McLean and sister-in-law, Sharon McLean. He was preceded in death by his parents and brother, Tom McLean. Visitation will be held Wednesday from 4:00-7:00 p.m. in CONROY FUNERAL HOME. Mass of Christian Burial will be held Thursday at 11:00 a.m. in St. Bernard Church. Burial will be in St. Bernard Cemetery. Memorial donations may be made to the St. Vincent de Paul Food Pantry, Springfield Soup Kitchen or Community Mercy Hospice.
To order memorial trees or send flowers to the family in memory of Frank P. McLean, please visit our flower store.