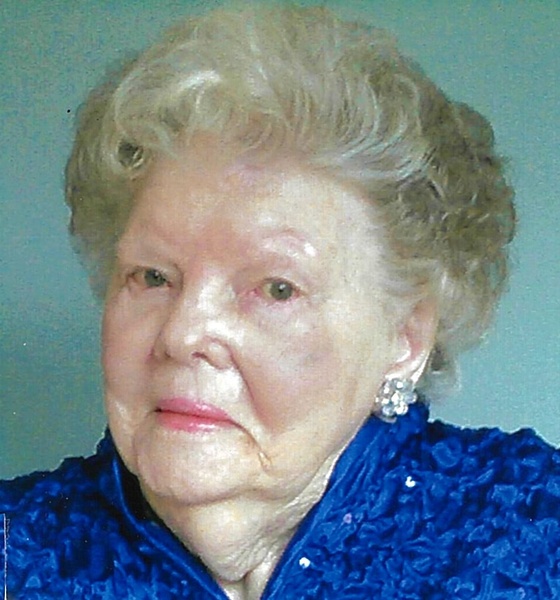 LITTON, Frances Irene Theresa, passed away on March 1, 2022 at the age of 100. Frances was born September 5, 1921, in Findlay, Ohio, the daughter of Charles and Martha (Hammond) Spurr. Frances grew up in Springfield and graduated from Catholic Central High School in 1942. Reared by her grandmother, she was taught the art of knitting and crocheting which she enjoyed throughout her life. In October 1943 Frances married Paul Litton. In addition to being a loving mother to four daughters, she was very active in her community. She was a member of the Women's Auxiliary of Community Hospital for many years. She was a member of Phi Sigma Alpha Sorority, serving as a past president. Frances was a member of St. Bernard Catholic Church where she served on the worship and bereavement committees. She is preceded in death by her daughter, Theresa (Litton) Carlson, and her husband Paul Litton. She is survived by her daughters, Paula (John) O'Bryan, Lorie Schmenk, Carol (Larry) Haas; 4 grandchildren, Krista (Phil) Hooten, Deborah (Kenneth) Harmer, Daniel (Marsha) Carlson and David (Cyrissa) Carlson; 11 great-grandchildren, Alexandra, Hannah, Parker, and Brady Hooten, Isabelle and Jacob Harmer, Zachary Carlson, Noah and Chase Carlson, Autumn (Adam) Shilt and Kelsey (Daniel) Trujillo. She is also survived by special friends, Sister Teresa Noser, Millie Osment and Mike and Mary Hanlon. Arrangements are provided by CONROY FUNERAL HOME. Funeral services will be held at St. Bernard Catholic Church at 10:30am on Tuesday March 8th. Visitation will be held at the church 45 minutes prior to the service, starting at 9:45am. Entombment will be in Rose Hill Mausoleum. In lieu of flowers, memorial donations can be sent in her name to the charity of your choice.
To order memorial trees or send flowers to the family in memory of Frances Litton, please visit our flower store.