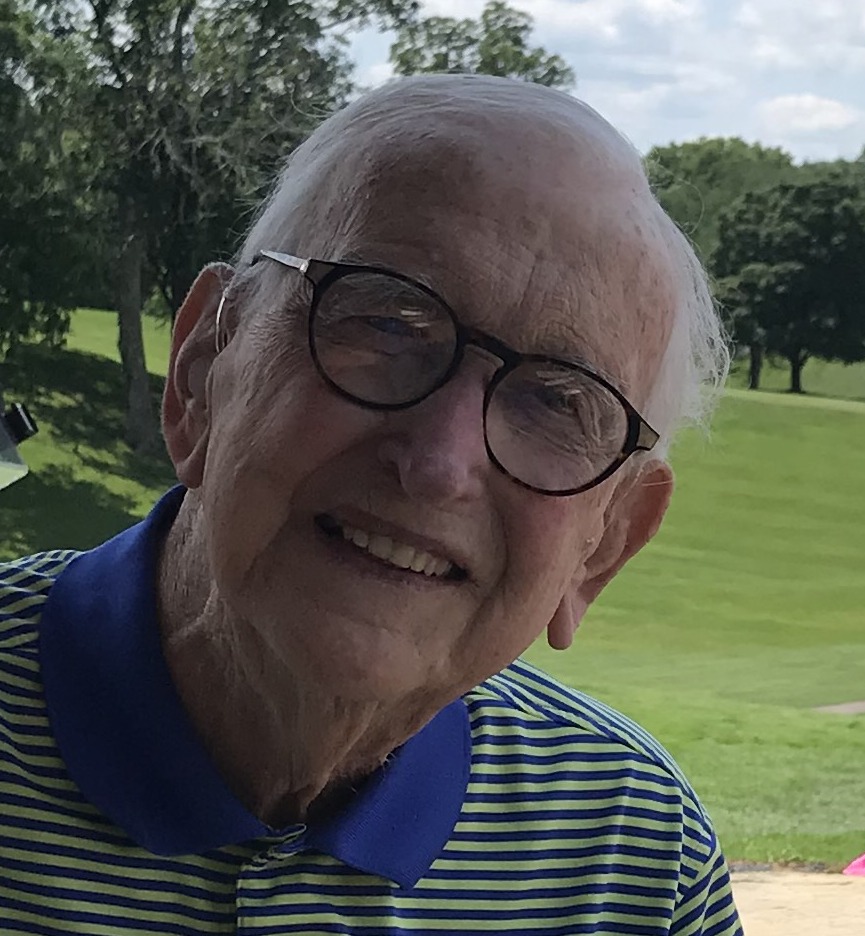 **Due to COVID-19, the family has postponed the Mass until a later date. Thank you for your understanding** SMITH, Elbert "Bud", 88, of Springfield, passed away Saturday, November 14, 2020 in Springfield Regional Medical Center. His parents were Floyd A. Smith and Nora Gibson Smith, both of whom predeceased him and a sister, Marilou Dillon, who also predeceased him. His wife of 58 years, Nancy Lewe Smith also predeceased him. He is survived by three children: daughter, Amy Stuber and friend, John Snodgrass; daughter Stephanie Woelfel and her husband, Robert; and son Gibson Smith and his wife, Heather; and four grandchildren, Eric and Matthew Stuber, and Clara and Clyde Smith. He was also survived by numerous nieces, nephews and cousins. Elbert was born on October 24, 1932 in Springfield, Ohio and attended the local parochial school system. He graduated from Catholic Central High School in 1949. He was a member of the basketball team while at Central and was Co-Captain of the team his senior year. He was presented with an opportunity to play professional baseball with the Pittsburgh Pirates and the New York Giants. In lieu of that, he entered Wittenberg College and graduated in 1953. While there he was associated with the Alpha Tau Omega fraternity and was a member of the Wittenberg varsity basketball team. In 1953 after graduation, he enlisted in the United States Marine Corps and received a commission of second Lieutenant. During this service, he received a citation for heroism for saving the lives of two enlisted men as well as a Letter of Accomplishment. Upon his release from active duty, the then acting Commandant of the Marine Corps, General Shoup, requested he return to the Marine Corps but Elbert was accepted in The Ohio State University College of Law. He graduated in 1958 with a juris doctor degree and was associated with the Phi Delta Phi fraternity. He was admitted to the Ohio Supreme Court in 1958 and the United States Supreme Court in 1968. He was admitted to the Court of Military Appeals, the Federal Court of Appeals of the Sixth District and the Court of Tax Appeals. He became partners with William M. Toy III in June 1959 and remained as partners until Toy's death in 1983. He then became associated with William D. West until his recent retirement. During his career, he was listed in Who's Who in America, Who's Who in American Trial Lawyers and was certified by the state auditor as an international lawyer on the International Lawyers List. He served the Clark County Bar Association as President and was elected to the Counsel of Delegates for three terms. He was additionally elected to the Board of Governors and accepted as a fellow in the Ohio State Bar Foundation and later President of the Ohio State Bar Association. He was appointed by Governor Wallace of Alabama as Lt. Col. in the Alabama Militia and by Governor Carroll as a Kentucky Colonel. He retired from the Marine Corps as a full Colonel. He is a member of the University Club. He was a past member of The Polo Club and served on the Board of Directors. He was also a lifelong member of St. Teresa Church and the Springfield Country Club. Due to Covid-19, a private Memorial Mass will be held at St. Teresa Church. The Mass will be live streamed for your viewing. In lieu of flowers, memorial contributions may be made to Catholic Central Schools. If you plan to attend the Mass, masks and social distancing will be required. A celebration of life will also be held next summer. WATCH BUD's FUNERAL
To order memorial trees or send flowers to the family in memory of Elbert "Bud" Smith, please visit our flower store.