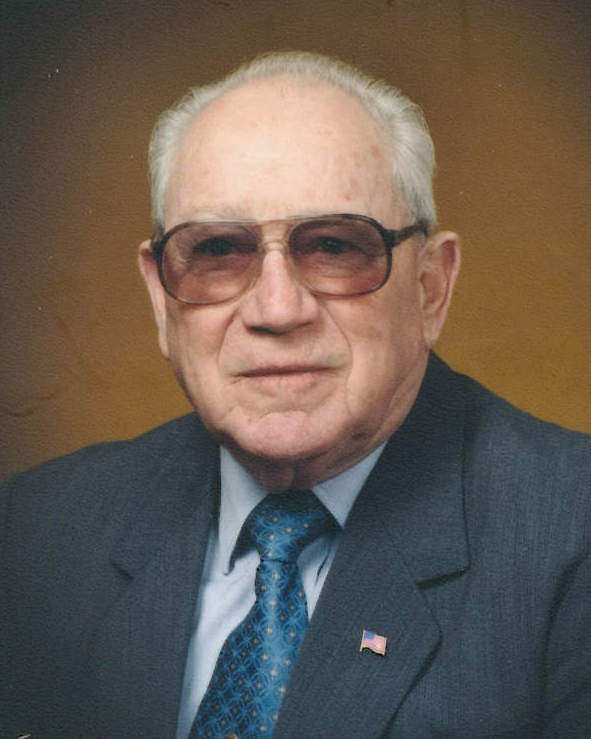 HOOVER, Edward N. "Ned", 93, of Springfield, passed away Wednesday, July 1, 2020 in Springfield Regional Medical Center. He was born November 19, 1926 in Springfield the son of Asa and Bertha (Cronley) Hoover. Following his 1944 graduation form Springfield High School, he joined the US Navy, graduating form Aviation Ordinance School and served as a gunner on a PBM until 1946. His tour of duty took in the Pacific areas of Hawaii, Japan, China and Hong Kong. Upon his return he became a retoucher in rotogravure at the Crowell Collier Publishing Co., Springfield Gravure and Springfield Separations until their closures. After his retirement he worked as a courier for Monte Zinn and Jeff Wyler for many years. On September 1, 1950 he was married to Ruth L. Hartman at the Maiden Lane Church of God by the Rev. C.E. Byers. For several years he coached little league baseball in Northridge. Ned attended and loved the Church of God on Maiden Lane and served and supported it faithfully. He was S.S. treasurer, a trustee and a chairman of the counting committee. Later he attended Northside Church of God on Middle Urbana Rd. Qualities he possessed were integrity, faithfulness and loyalty as a husband, father, grandfather and citizen. Traveling both in U.S. and abroad, sports, gardening and collections were all things he enjoyed. He loved nature and God's handiwork. He is survived by his wife, Ruth; two sons, Dale E. (Jody) Hoover, Anthem, AZ, Jeffrey A. Hoover, Springfield, OH; one daughter, Karen (Paul) Hill, Springboro; three grandchildren, Leah Beth Hill (John) Moore, David and Ann Marie Hill. He was preceded in death by his parents and a brother, Robert. A Private Graveside service will be held at the convenience of the family. In lieu of flowers memorial donations can be made to Northside Church of God. WATCH NED's FUNERAL WATCH EDWARD's FUNERAL PT 2
To order memorial trees or send flowers to the family in memory of Edward N. "Ned" Hoover, please visit our flower store.