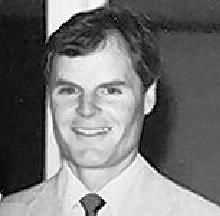 Doug Jacobs, 70, died April 19, 2022, at his home in Savannah, Georgia, after a long battle with cancer. Born November 24, 1951, to Cliff and Kathleen Jacobs, he graduated from Springfield Catholic Central High School and Wittenberg University, where he played for the national-championship-winning football team. He went on to graduate from The Ohio State University College of Dentistry and served four years as a dentist in the U.S. Air Force. He married his wife, Linda, in 1981, and later opened his own dental practice in his hometown of Springfield, which he ran for 30 years before retiring to Savannah.
Beyond his work as a dentist, Doug had endless energy for his interests and hobbies. He was active throughout his life and was a dedicated distance runner and cyclist. He had a birthday tradition of walking a quarter mile for each year he had been alive. These walks became annual events on which he was joined by friends and family. Other interests included carpentry and music; he played the guitar, banjo, ukulele, and hammered dulcimer.
His enthusiasm extended to the people around him. He was known as a friendly and easy-going friend with a great sense of humor who could easily talk to anyone. In Springfield, he rarely went anywhere without running into someone he knew. After retiring to Savannah, he met many friends while walking around the neighborhood or playing his dulcimer in the local city square.
Doug is survived by his wife of 40 years, Linda; daughter, Katie; siblings Steve (Marcie) Jacobs, Marilyn (David) Fields, and Phil (Sonya) Jacobs; and his siblings' children and grandchildren.
A memorial mass will be held at St. Bernard Roman Catholic Church in Springfield at 1:30 pm on August 27. Donations can be made to Catholic Central or St. Vincent DePaul.

To order memorial trees or send flowers to the family in memory of Doug Jacobs, please visit our flower store.