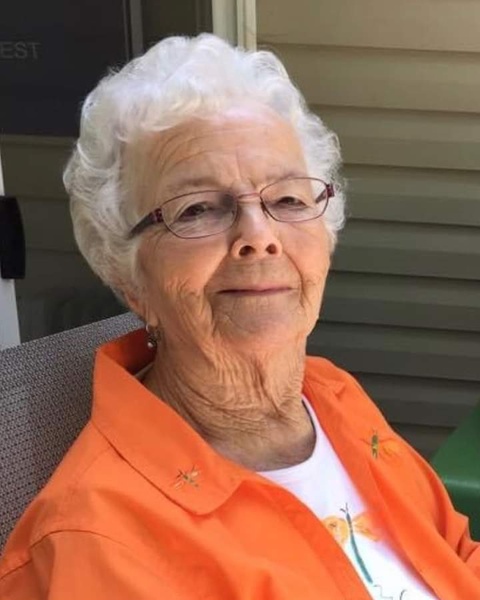 ROWE, Donna M., 94, of Springfield, passed away August 12, 2020 at Springfield Regional Medical Center after a brief illness. Donna was born on June 14, 1926 in Springfield the daughter of the late Carl and Marie (Laughlin) Mowery. Donna graduated from Springfield High School in 1944. She married her high school sweetheart, Norman L. Rowe on January 2, 1945 in New Orleans. Norman and Donna had two daughters, Wanda L. Dankert (James), Saginaw, MI and Wanita L Shaffer (Larry). Donna was a homemaker, mother, Avon lady and employee of the WPAFB Museum gift shop. Upon Norman's retirement they moved to Cocoa, Florida. Norman died in 2003. Due to health issues Donna moved back to Springfield to be closer to her family. She has lived at Oakwood Village in Springfield. During her life she was an active member of Grace United Methodist Church, Springfield and Central Community Church in Rockledge, FL. She is survived by one sister, Glenna Kitchen; one daughter, Wanda L. Dankert; 3 grandchildren; 5 great grandchildren and many nieces, nephews and cousins. She was preceded in death by her parents, her spouse, her daughter, Wanita, a grandson, Travis Caudill and a son-in-law, Larry Shaffer as well as one sister and two brothers. Wanita once wrote "No one loved her children more than Mom. No one has given as much of herself to her kids, grandkids and great grandkids. Is there an owner's manual for parents? No, but only because my mom hasn't had time to write it". Cremation has taken place. A private memorial will be held at a later date. Memorial donations can be made to Grace United Methodist Church.
To order memorial trees or send flowers to the family in memory of Donna M. Rowe, please visit our flower store.