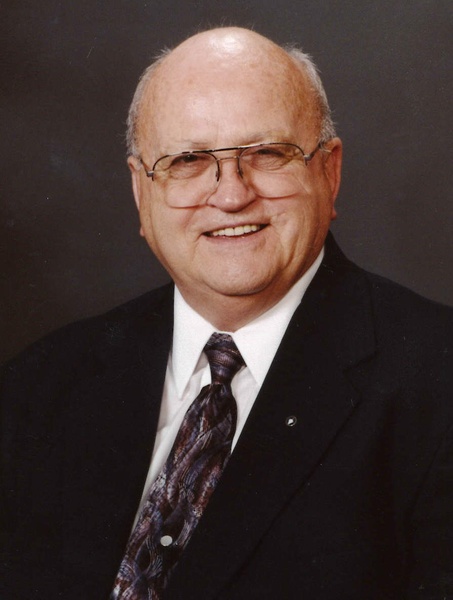 O'BRIEN, Donald M., 86, of Springfield, passed away April 7, 2019 in his home. He was born in Springfield November 4, 1932 the son of Vernon and Mary (Stultz) O'Brien. Don worked as a repairman for International Harverster for 32 years and later was self-employed as a sewing machine repairman for over 17 years. He was a United States Air Force veteran, a member of Christian Heritage Church and was a chaplain for Gideons International. Survivors include his wife of 65 years, Wilma (Gragg); three children, Debbie & Tim Knisley, Springfield, Mike & Rose O'Brien, Beebe, AR and Randy & Patty O'Brien, Clarksville, TN; seven grandchildren; fifteen great grandchildren; four siblings, Maxine Wells, Sherill & Marie O'Brien, Jerry & Jeannie O'Brien and Linda & Dieter Stiglitz and numerous nieces and nephews. He was preceded in death by his parents, a son, David M. O'Brien and four brothers, Loy, Junior, Dick and Wayne. Friends may call from 5:00 to 7:00 pm on Wednesday in the CONROY FUNERAL HOME. Funeral services will be held at 1:00 pm on Thursday in the Christian Heritage Church with Pastor Timothy Young officiating. Burial in South Solon Cemetery. In lieu of flowers memorial donations can be made to Gideons International or Christian Heritage Church.
To order memorial trees or send flowers to the family in memory of Donald M. O'Brien, please visit our flower store.