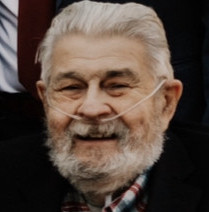 FAIN, Donald L., 74, of Springfield, passed away Friday, July 16, 2021 in Miami Valley Hospital. He was born September 2, 1946 in Springfield the son of William and Helen (Van Bibber) Fain, Sr. Donald worked as a lineman for Conrail for many years and was a United States Army veteran having served in Vietnam in 1967. Survivors include his three children, D.J. Fain (Stacie Dacanay), Justin Fain and Ashley & Derek Graham, all of Springfield; five grandchildren, Brad & Julie Fain, Ryan Fain, McKenzie Fain, Ty Fain and Olivia Graham; three step-grandchildren; two siblings, Arnold "Corky" & Marilyn Fain and Kathy & Pete Williams; sister-in-law, Barbara Fain and several nieces and nephews. He was preceded in death by his parents, a daughter, Tracy Fain, a grandson, Tyler Fain and a brother, Bill Fain. Funeral services will be held at 12:00 pm on Wednesday in the CONROY FUNERAL HOME with Pastor Tom Brodbeck officiating. Visitation will be held 2 hours prior from 10:00 am to 12:00 pm. Burial will follow in Rose Hill Cemetery.
To order memorial trees or send flowers to the family in memory of Donald L. Fain, please visit our flower store.