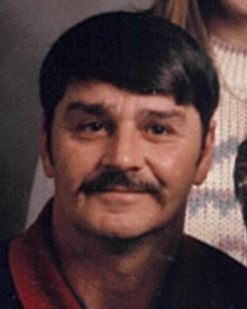 Hand delivered by a local florist

SCARBERRY, David A., 73, of Springfield, passed away Monday, January 16, 2023 in Hospice of Dayton. David was born January 15, 1950 in Ashland, Kentucky to Jess and Maria (Arthur) Scarberry. He graduated from Shawnee High School in 1970 and married Joyce (Keesecker) in 1972. He was a veteran of the United States Army and retired from International Harvester after more than 30 years. In addition to his wife, survivors include two children, Tracy (Andrew) Ruby and Kevin (Krista) Scarberry; four grandchildren, Talena Ruby, Kalin (Wesley) Bard and Kevin “Arnie” Scarberry, and Zack Campbell; and several nieces and nephews. In addition to his parents, he is preceded in death by two granddaughters, Tamara and Taylor Ruby; siblings, Richard and Peggy; and foster parents, Elmont “Mutt” and Wanda Kerns. His Funeral Service will be held on Monday at 1:00 p.m. in the CONROY FUNERAL HOME with Pastor Marty Dennis officiating. Visitation will be held two hours prior, beginning at 11 a.m. in the funeral home. Burial will follow in Rose Hill Burial Park. In lieu of flowers, memorial contributions may be made to Hospice of Dayton.

To order memorial trees or send flowers to the family in memory of David A. Scarberry, please visit our flower store.