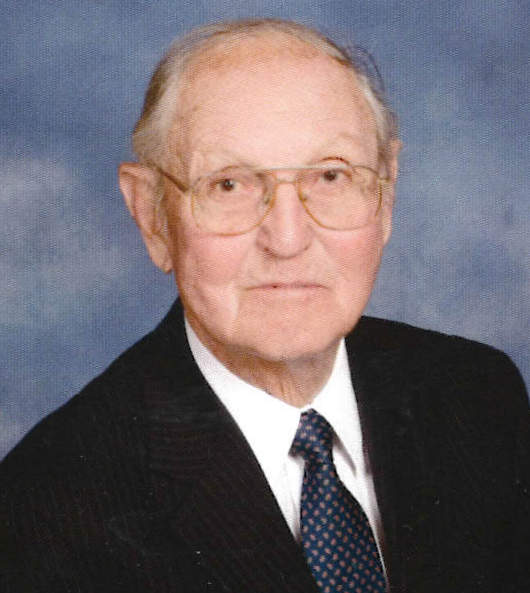 Lacey, Daniel W., 93, of Springfield, passed away at 4:43 a.m. Tuesday, November 20, 2018 at Wooded Glen. He was born in Springfield on June 1, 1925 the son of Walter and Margaret (Burns) Lacey. He was a 1943 graduate of Catholic Central High School and was the class President, a graduate of the University of Dayton, a World War II Army Air Corps veteran, a member and past Grand Knight of Knights of Columbus Council #624, a member of St. Vincent de Paul Society, past President of the Irish Fellowship Society, an avid golfer and a member of St. Joseph Catholic Church, where he served on parish council. He worked for White Motors/Cooper Energy as the assistant credit manager and in the engineering department for the City of Springfield. Survivors include his nine children and spouses, Daniel P. (Tracy) Lacey, John Lacey and Tom (Erin) Lacey all of Columbus, Julia (Bill) Lautar, Mary (Gary) Porter and Joe (Tony) Lacey all of Dayton, Rita (Jim) Marshall and Mike (Molly) Lacey all of Springfield and Angela (Ray) McMullen of Shorewood, Minnesota; 25 grandchildren; 10 great grandchildren; sister-in-law, Betty Lacey of Cincinnati and many nieces and nephews. He was preceded in death by his parents; wife, Ruth Anne (Higgins) Lacey; brother, Edward Lacey; two sisters, Margaret "Peg" McLaughlin and Ann Yirak and numerous members of the Higgins family. The family would like to give a special thanks to all of his caregivers at Forest Glen and Wooded Glen. Visitation will be held from 2:00-5:00 p.m. Sunday in CONROY FUNERAL HOME with a Knights of Columbus service at 5:00 p.m. Mass of Christian Burial will be held at 10:00 a.m. Monday in St. Joseph Church. Burial will be in Calvary Cemetery. Memorial donations may be made to United Senior Services.
To order memorial trees or send flowers to the family in memory of Daniel W. Lacey, please visit our flower store.