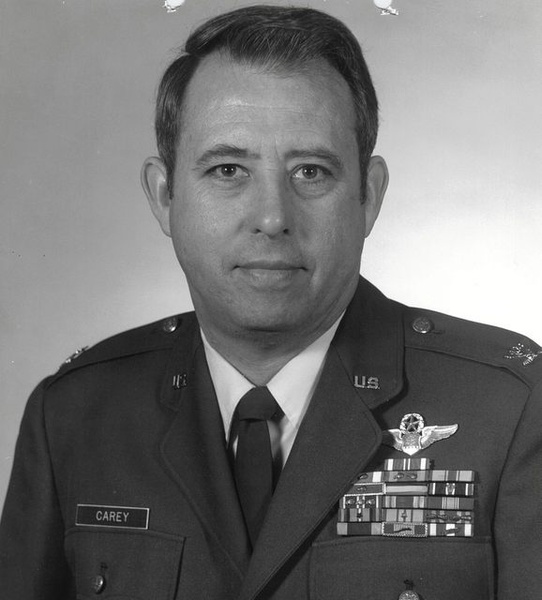 CAREY, Col. Charles C. "Chuck", 85, of Springfield, passed away Wednesday, June 1, 2022 in Springfield Regional Medical Center. Chuck was born June 26, 1936 in Springfield, Ohio the son of Clinton Cyril and Irene Marie (Kozlowski) Carey. He was a veteran of the Vietnam War and a distinguished retired Colonel of the United States Air Force. He was a former graduate and tennis player at The Ohio State University. He served as coach at Catholic Central and a professor at several colleges and universities. As a devout Catholic, he was a member of St. Raphael Catholic Church. Survivors include his wife, Ellen (Grady) Carey; six children, Charles Carey, Jr., Clinton (Angela) Carey, Kathryn (Andrew) Brougher, Thomas Carey, Timothy (Adrienne) Carey and Kelly Carey; and 10 grandchildren, Allison (Drew), Sarah, Jack, Lauren, Danny, Maggie, Sammy, Maximus, Charlotte and Aloysius. A Memorial Mass will be held on Friday at 11:00 a.m. in St. Raphael Church. Visitation will be held one hour prior, beginning at 10 a.m. in the church. Burial will follow in St. Bernard Cemetery. In lieu of flowers, memorial contributions may be made to St. Vincent de Paul. Arrangements by CONROY FUNERAL HOME.
To order memorial trees or send flowers to the family in memory of Col. Charles C. "Chuck" Carey, please visit our flower store.