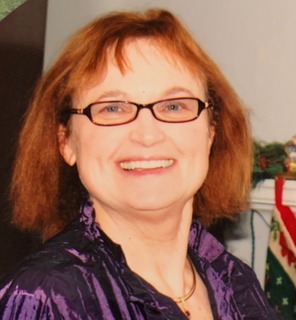 VEREEN, Christy Ann (Kaiser), 71, of Virginia Beach, Virginia passed away peacefully on October 15, 2020, in the company of those who loved her. Christy was born on February 8, 1949, a chilly day according to the Farmer's Almanac, but surely the tulips she so enjoyed were stirring beneath the thaw. Christy was the beloved daughter of Roger (d. 2010) and Joan Kaiser. She was the second oldest of five vivacious girls, Victoria McKim (d. 2013), Christy, Becky Moyer, Connie Kendall, and Mindy Ortquist. Christy raised two children, Amy Restrepo and David Vereen, who gave her much joy, particularly in the grandchild department: she was the proud grandmother of Kristin and Alexis Vereen, and Ally, Kyle, and Lauren Restrepo, and great grandmother of Michelle Vereen. Grandmothering was her natural and most favorite role (along with aunting to numerous cherished nieces and nephews). For contingents of these rambunctious youngsters she played frequent host to sleepovers featuring fires in the fireplace, even in the summer, because s'mores are for breakfast! Christy loved the little things and her love shone in the details. She was dear to her son-in-law, Alex Restrepo (d. 2020), and her brothers-in-law, Ken McKim, Denny Moyer, and Bruce Ortquist. She delighted her grandparents and her many aunts and uncles, and kept in touch with family faithfully via frequent telephone conversations and cards for every occasion. After graduating from Springfield North High School, Christy settled in Columbus to raise her children. Later in life, she earned a Bachelor of Science in Nursing from Franklin University and practiced as an RN in the Obstetrics department at The Ohio State University hospital. Her medical knowledge coupled with her engaging personality made her a perfect fit for her second career as a pharmaceutical representative with Abbott Laboratories. She enjoyed much success at Abbott and was rewarded four times with luxurious Presidents Club trips, which she shared with her family: she took her mother with her to Paris, her father to Cabo San Lucas, her daughter to Aruba, and her son to Hawaii. After retiring, Christy relocated to Virginia Beach, where her greatest pleasure was spoiling her grandchildren. Christy was known to dress in colors other than purple or pink, but it was a rare occurrence. She enjoyed hosting family dinner parties and delighted in setting a lovely table replete with china and silver and crystal and candles and all the condiments in pretty little bowls, don't even think about sneaking that squeeze bottle of yellow mustard onto the lace doily, next to the gravy boat. From her father, she inherited a passion for the Ohio State Buckeyes and remained a life-long fan. She loved birthdays and holidays and trimming her giant fat Christmas trees in lavender and pink. She was kind-hearted and generous to us all, but her greatest gifts were these: that contagious, dimple-filled smile and those wonderful hugs (for Christy, hugs were as necessary as oxygen - after a trying day at work, she was known to pay a visit to a parent, sister, son, daughter, niece, nephew, or grandchild and request a big, comforting hug, after which she would go about her evening renewed). By her own account, the three most important things to Christy were Faith, Family, and Chocolate (and, we suspect, not necessarily in that order - she really loved chocolate!). Too early in life, Christy was diagnosed with Parkinson's Disease and dementia, and struggled with these ailments for many years. Even so, she maintained her gentle good humor and positive attitude all the while. In lieu of flowers, the family requests that you channel your inner-Christy, put on something pink, and perform a random act of kindness. Christy believed there were angels all around her. Due to Covid-19, a private funeral service will be held for the family. However, her funeral service will be live streamed on Monday, October 26 at 10:00 a.m. at www.conroyfh.com. The family is being served by CONROY FUNERAL HOME. WATCH CHRISTY's FUNERAL
To order memorial trees or send flowers to the family in memory of Christy Ann (Kaiser) Vereen, please visit our flower store.