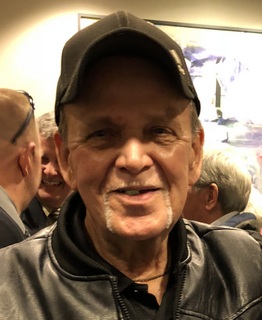 NANGLE, Charles R. "Chuck", 75, of Springfield, passed away Thursday, May 30, 2019 in his home. Chuck was born May 3, 1944 in Springfield, Ohio to James H. and Gladys P. (Strader) Nangle. He was a former member of St. Mary's Church. He was also a member of the Union Club, the Machinist Club, and a former member of the German Township Fire Department. Chuck was also an avid Nascar fan. Survivors include four children, Kevin (Tonya Rouch) Nangle, David (Melissa) Nangle, Debra (Todd Ryf) Nangle and Scott (Shannon) Nangle; numerous grandchildren and great grandchildren; two great-great grandchildren; one brother, Jack (Patty) Nangle, and special nephew, T.J.; one sister, Rosemary Hansford; one brother-in-law, Jerry Cligrow; and numerous nieces, nephews, cousins and friends. In addition to his parents, he was preceded in death by a brother, Jim Nangle; and a sister, Carol Cligrow. A memorial service will be held at a later date. Arrangements by CONROY FUNERAL HOME.
To order memorial trees or send flowers to the family in memory of Charles R. "Chuck" Nangle, please visit our flower store.