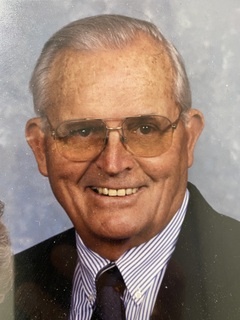 Van Bourgondien, Jr., Casper H. "Van" "Dutch", 93, of Springfield, passed away Monday, December 20, 2021 in Wooded Glen Health Campus. Casper was born June 3, 1928 in East Meadow, New York, the son of Casper and Ethel (Vetterly) Van Bourgondien. He was a veteran of the United States Army and served in Korea with the 92nd Armored Field Artillery Division. Casper received his horticulture degree from Farmingdale College in New York and worked his entire career in the Nursery business initially as the owner of Salisbury Nursery on Long Island and after moving to Ohio as the Vice President of Berryhill Nursery. He was a parishioner at St. Teresa Catholic Church for the past 52 years and a member of the Knights of Columbus for 75 years. Survivors include six children, Casper "Skip" (Nancy) Van Bourgondien, Robert K. Van Bourgondien, Susan (Marc) Swartz, Karen (Richard) Levin, Brett (Brandi) Van Bourgondien and Richie (Veronica) Van Bourgondien; 14 grandchildren and their spouses; 14 great grandchildren; and numerous nieces and nephews. In addition to his parents, he was preceded in death by his wife, Doris in 2009; sister, Anne; brother, Jack; and a grandson, Alexander. Visitation will be held on Tuesday from 10 - 11:30 a.m. in the CONROY FUNERAL HOME. Mass of Christian Burial will follow on Tuesday at 12:00 p.m. in St. Teresa Church. Burial will be held in Ferncliff Cemetery.
To order memorial trees or send flowers to the family in memory of Casper H. "Van" "Dutch" Van Bourgondien, Jr., please visit our flower store.