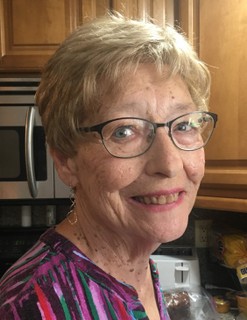 Kaczmarek, Carole Frances, 74, of Urbana passed away on Monday, June 22, 2020 in her home. She was born in Springfield on February 18, 1946 the daughter of John and Rita (Bennett) Stine. She retired from Navistar after many years of service and was a member of St. Bernard Catholic Church. Survivors include her husband, Richard G. Kaczmarek, Jr; two children, Richard (Wendy) Kaczmarek, III and Kimberly (Brian) Lindamood; four grandchildren, Allison Adams, James Lindamood, Richard Kaczmarek, IV and Matthew Lindamood; great grandson, Brantley Adams and three sisters, Barbara Flemming, Judith Dirk and Linda Harris. She was preceded in death by her parents and brother, Thomas Stine. Mass of Christian Burial will be held at a later date at St. Bernard Church with burial in St. Bernard Cemetery. Memorial donations may be made to the American Cancer Society. Arrangements by CONROY FUNERAL HOME.
To order memorial trees or send flowers to the family in memory of Carole Frances Kaczmarek, please visit our flower store.