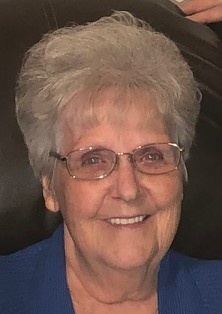 FIELDS, Barbara Faye, 79, of Springfield, passed away on Wednesday, July 7, 2021. Barbara was born on October 22, 1941, in Cincinnati, OH to Vincent A. Abbey Sr. and Marion M. Abbey. She married David A. Fields on January 2, 1982. Barbara helped raise David's two children, a son and a daughter. Barbara worked at Robbins & Myers for many years in the accounting department and established many lifelong friendships. Following her time at R&M, she had a career at the Mercy McAuley Center from which she retired. For the many years during her marriage to David, she lived on his farm in Woodstock, OH. There, she developed a love of vegetable gardening and flowers. Utilizing her developed accounting skills, she became the farm's accountant. Once again, she developed additional lifelong friends in the Urbana, OH region. She loved to play cards both with her friends and online. Barbara was a snowbird and enjoyed her winters in Florida with her brother Allan and her summers in Springfield, OH. Barbara was preceded in death by her father, Vincent, her mother, Marion and her older brother Vincent A. Abbey Jr. She is survived by her three brothers, Charles M. Abbey, Allan A. Abbey and Jarrett L. Abbey. She is also survived by David's two great grandchildren, Paisley and Cooper Hild. At Barbara's request, there will be no funeral service. Also at her request, in lieu of flowers, please donate to the Wounded Warrior's Project.
To order memorial trees or send flowers to the family in memory of Barbara Faye Fields, please visit our flower store.