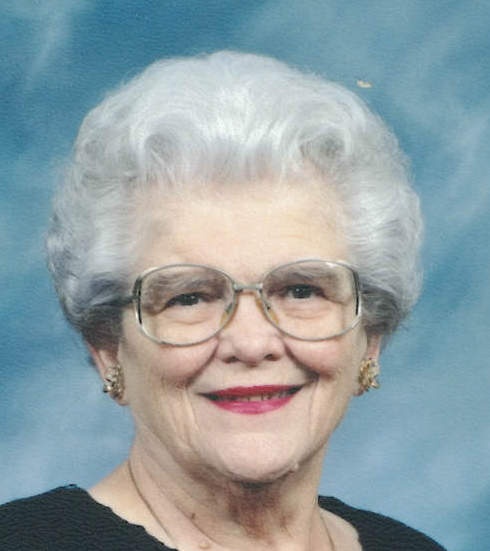 DILLINGHAM, Barbara Ann, was born in Springfield City Hospital on October 24, 1923 to Julia Elizabeth Peters Martin and Lewis Emmanuel Martin. She lived in Clifton and Springfield, Ohio and graduated from Cedarville High School. Barbara had severe hearing loss from childhood, but her mother worked with her daily so that it never impeded or diminished her capabilities, her curiosity of all things, and her impish sense of humor. She was able to speak clearly and became an expert at reading lips. Barbara was so expert that she was hired as a secretary at Wright Patterson Air Force Base during World War II and continued working there until well after the war ended. Although there is no proof, her children were convinced she was a 'spy' for the United States due to her ability to read lips and know exactly what they were up to at any given day or night. Even though deaf people were not permitted to drive at that time, Barbara was so expert at reading lips, that she charmed the desk officer to allow her to take the road test, she passed with flying colors! Barbara married Wallace Harold Dillingham on December 18,1948, who preceded her in death on April 21, 1991. They had three children, Wallace Harold Dillingham II (Dawn) of Springfield; Julie Ann Dillingham of Springfield; and Timothy Martin Dillingham (Donald Corin) of Palm Springs, California. Barbara and Wallace were the perfect balance for each other. No two people were ever more devoted. They instilled in their children a love of nature, the Arts, and the value of family. Barbara was a faithful member of United Presbyterian Church in Clifton for 82 years. As an honorary deacon for many years, caring for the sick and shut ins, she was given the leadership award by the Greene County Council on Aging in 2010. Barbara loved her family, church, flowers, dogs, horses, bird watching and genealogy -- and she loved to wear hats, the bigger the better! She was also a wonderful baker, and her decorated Halloween and Holiday cookies were coveted by all. She is survived by her sister Marjorie Ellen Rice of Springfield, grandchildren Joseph J. Dillingham (Crystal) of Blacklick, Ohio; Laura H. Dillingham (Jon Adrian) of Philadelphia; and great grandchildren Bryson and Elliott Ann Louise; and nieces, Theresa Carnes and Marsha Stapleton of Springfield, Ohio, Susan Liggitt of North Carolina and numerous family members. No funeral is planned due to the Covid pandemic. A memorial service will be held in the future to be determined at the convenience of the family. Donations can be made to the Clifton Presbyterian Church. The family is being served by CONROY FUNERAL HOME.
To order memorial trees or send flowers to the family in memory of Barbara Ann Dillingham, please visit our flower store.