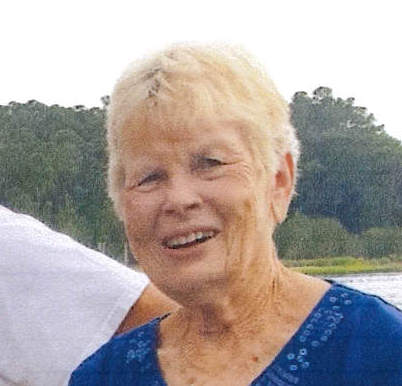 CLAAR, Barbara A., 86, of Springfield passed away Sunday, December 27, 2020 in her home. She was born August 25, 1934 in Springfield the daughter of the late John F. and Mildred M. (Waters) Lyons. Barbara worked and volunteered all her life, first as a secretary at Air Tool, then as a teacher's aid and librarian for Husted School. She later worked as a billing clerk at Greene Memorial and several other local medical offices. Barbara spent a few years as a payroll clerk for Robertson Can and then was a secretary for Tim Banion Nationwide Insurance. After retirement she volunteered at the Springfield Surgical Center. Barbara was a devoted mother and grandmother to her children and grandsons. Survivors include one daughter, Julie L. Stephens, Springfield; two grandchildren, Tyler Claar and Dillon Claar and one brother, James & Nancy Lyons. She was preceded in death by her husband Harold E. "Buddy" Claar in 1987, her second husband, William D. Widdows, a son, Christian Claar and two brothers, John L. "Jack" and Jerald Lyons. Private services will be held at the convenience of the family. Arrangements by CONROY FUNERAL HOME. In lieu of flowers memorial donations can be made to St. Jude's Children's Research Hospital.
To order memorial trees or send flowers to the family in memory of Barbara A. Claar, please visit our flower store.