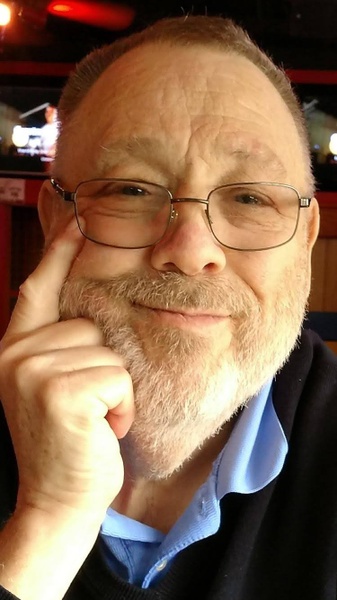 BLEVINS, August Lee "Augie" 75, of Springfield, died Wednesday evening, January 5th, 2022 in Wooded Glen Skilled Nursing facility. He was born in Weeksbury, Kentucky on February 11, 1946, the middle child of the late Virgil and Rhoda Malissia (Burke) Blevins of South Vienna, OH. Seeking a better life, the family moved to Springfield, Ohio in 1953 and left behind the coal mines of Kentucky which would later claim his father's life. He worked to help support his family by doing odd jobs such as shining shoes and setting pins at the bowling alley. Augie was a graduate of the class of 1965 of Springfield High School. He took a job with Alber's Grocery Store working in the produce department and it was there that he met the love of his life; Dorothy Marie Derr and they were wed August 31st, 1968. Augie went to work for Steel Products as a Bell Helicopter inspector and Pepsi Cola working his way up from running a route to managing a team while attending night classes in an effort to better himself and better provide for his family. It was at this point in his career that he wanted to explore entrepreneurship and purchased Holst Market and his own Archway Cookie franchise. It was during these ventures that Augie started to teach his sons the value and responsibilities of a hard day's work by having them actively participate in these businesses. Before long he had taught his sons to run every aspect of Holst Market and his Archway Cookie business. He often used profits from his business to help local residents, helped rebuild ball fields, sponsored sports teams, and gave his time as CYO Athletic Director at St. Mary's Church. He went on to own and operate A&B Vending, Blevins Travel, Bee Sweet Farms, and was a partner in America's Collectables Network (ACN). In each of these business ventures he included his sons and allowed them to play key roles in these businesses to experience success and build their business character giving them a strong foundation in the business world. Augie was an active member of the Elk's Lodge #51 and golfer until his health failed and a diehard Ohio Sports team fan loving his Bengals, Reds, Browns and Buckeyes. He was an animal lover and spoiled his pets often. He treated the family dogs, two of which he named Pete, and his third Katie as well as the family cats Neddy and Buddy like his kids. He was often caught feeding them from the table and we may have received mail in their names and maybe a credit card or two were issued in their names over the years. Augie also loved his horses, owning, training and racing standardbred horses for many years under the Bee Sweet Farms name and was an active member and horseman of the USTA. Augie is survived by his wife of 53 years, Dorothy Marie (Derr) Blevins; two sons, Tim Blevins of Washington Court House, OH and Daniel Blevins of Springfield, OH; his granddaughter, Jessica (Mike Moore) Blevins of Washington Court House, OH; three great grandchildren, Teddy, Riley and Elena; his brother, Virgil Ray Blevins of Springfield, OH; his sister, Glinda Humphreys of Orlando, FL; brother-in-law Bob (Sue) Derr of Bay Village, OH; sisters-in-law, Barbara Bowles of Louisville, KY, Mary (Gary) McAfee of Riverside, OH, Betsy (Jim) Dean of Springfield, OH, Cheryl Derr of Rochester, NY; as well as many nieces, nephews, great nieces, great nephews, and cousins. Augie was preceded in death by his parents, his father-in-law and mother-in-law Robert and Marcella Derr of Springfield, OH; his sister's-in-law Sharon Blevins of Springfield, OH and Lucille "Cooky" Cronin of Midland, MI; and his brother's-in-law Larry Humphreys of Orlando, FL, Lawrence Cronin of Midland, MI and Roger Derr of Rochester, NY. The family would like to express their appreciation and much love to the staff of Wooded Glen Skilled Nursing facility that provided great care! Visitation is scheduled for Tuesday, January 11th, from 5:00pm to 7:00pm at Conroy Funeral Home in Springfield, OH. Donations may be made in lieu of flowers to Second Harvest Food Bank of Springfield, Awakenings, LLC of Clark County, or the charity of your choice. In light of the current COVID pandemic the family asks that participants mask and observe social distancing when possible. Funeral Services are scheduled for Wednesday, January 12th, starting at 11:00am with burial at St. Bernard Cemetery immediately following the funeral services. The funeral services will be live streamed from Conroy's website from a link found at the bottom of his Obituary at http://www.conroyfh.com/ CLICK HERE TO WATCH AUGUST's FUNERAL SERVICE
To order memorial trees or send flowers to the family in memory of August Lee "Augie" Blevins, please visit our flower store.