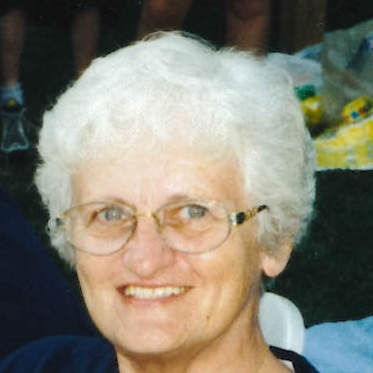 Carney, Alice M. (Coakley) age 82, was called Home by the Lord on Tuesday, July 21, 2020. She left this world peacefully and surrounded by the love of her family. Alice was born in Springfield, Ohio, to John and Helen (French) Coakley. She attended St. Joseph and was a graduate of Catholic Central High School, where she met and later married the love of her life, James Carney. She started her health care career as a candy striper and went on to graduate from the Good Samaritan Hospital School of Nursing. While raising her family of five children Alice also worked full time as a dedicated nurse at Mercy Medical Center. As a nurse, Alice was highly regarded by everyone in the hospital for being smart, caring, compassionate and hands-on. She was loved by doctors, nurses and patients alike. Alice trained numerous nurses through the years, many of whom have said that they are the nurses they are today because of what they learned from her. After a lifetime of service at the hospital Alice retired and went on to work part-time in the office of Dr. George Cochran and at the after-school program at St. Teresa School. She loved taking care of people and working with children. Alice was a devoted member of St. Teresa Catholic Church and her faith in the Lord was the foundation for everything she did. She was involved in numerous activities through the church and was always looking for ways to give back. Alice was a remarkable wife, mom, sister and grandma and her family was her life. Her greatest joy was the chaotic scene of a houseful of kids and grandkids. She was their rock and their inspiration and the impact she had on them will live on forever. Alice had a strong spirit and an unshakeable faith. She made a difference everywhere she went and touched the lives of everyone met. She will never be forgotten. Alice was preceded in death by her parents, husband, daughter, Mary Kathleen Kunk, grandson, John Carney Murphy and brother, Robert Wilson. She is survived by her children, Michael Carney (Beth), Karen Murphy (John), Teresa Myers (Tim), Jim Carney (Julie), son-in-law, Thomas Kunk, grandchildren, Patrick Carney (Dania), Ethan Carney, Dan Carney, Marina Carney, Kaity Murphy (Shane), Allison Murphy, Joe Murphy, Jacob Myers, Maggie Carney, Molly Carney, Anna Carney, Matt Kunk (Veronica and children), great grandson, Killian Crawford, sister, Barbara Coakley, in-laws, Joe Carney, Sharon McDougal, Sue Noble, Margaret Foster (Chuck), and a number of nieces, nephews, beloved friends and special nursing colleagues. Alice's family would like to thank the staff at the Pathways Center of the Ohio Masonic Community for all the love and care they gave to Alice and for their incredible kindness during the time of this pandemic and her passing. They hold a special place in our hearts. A private family mass will be held at St. Teresa Church with burial to follow in St. Bernard Cemetery. Donations may be made in Alice's name to Catholic Central School. Arrangements by CONROY FUNERAL HOME.
To order memorial trees or send flowers to the family in memory of Alice M. Carney, please visit our flower store.